Who will benefit from this program:

WHAT WILL YOU DO?:

By the end of this program, you will:

MANTIST HAS COME A LONG WAY FROM HOME AND THROUGH A DIFFICULT JOURNEY HAS BECOME AN ACCOMPLISHED MUSIC PRODUCER, PERFORMER AND ENTREPRENEUR.

Torn from his South Sudan home at the age of five to six due to warfare, Mantist and his family — his three brothers and single mother — Walk for 2 weeks bare feet from South Sudan to Uganda and were forced to spend nine years at Ugandan and Kakuma refugee camps in less than ideal conditions. “There is really nothing positive to take from the life I had in the refugee camps,” Mantist says. “Matter fact, I can describe life in a refugee camps in 5 words. A daily fight to survive. I remembered my entire grade 1 to 3 classroom was under a tree sitting on rocks that we carried ourselves.” Said Mantist However, despite these harsh realities of life, this is where everything began.

CHECK OUT WHAT MEMBERS ARE SAYING 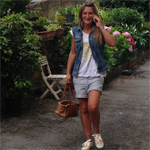 “Mantist definitely knows what he’s talking about. I found the program so easy to understand even for someone like me with no prior in building online business. Highly recommend."

“I am so grateful that I went through this program. Mantist really open my eyes and inspire me to dream big. I am grateful for his warm heart to offer such in-depth training for free. Most people won’t. God bless”

“Thank you Mantist. I’ve learned so much. I’ve always wanted to live life on my own terms. I just didn’t know how. I am pretty confident how to achieve that dreams now.”

“Your story touches me deeply. It’s amazing how you overcome such adversity and still focus on empowering and changing people lives. You are a special human being. I feel bless to coming across your program.”

FREE MOTIVATIONAL QUOTE OF THE DAY

You may unsubscribe at anytime.

The Proven Step-by-Step Guide for Setting & Achieving Your Goals

Sign up now for a weekly dose of personal and business development.

The first pillar to getting paid living your passion is knowing what your. . .”

Once you understand your purpose down pack, the next step is to. . .

Nothing happens unless we are motivated. Nothing worthwhile has ever been achieved . . .

In the 4rth pillar to GPLP, we’ll discussed how setting goals can. . .

The final step in the 5 pillars to GPLP is manifestation. Here is . . .

5 steps To Getting Paid Living Your Passion

The first pillar to getting paid living your passion is knowing what your. . .”

Once you understand your purpose down pack the next step is to. . .

Nothing happens unless we are motivated. Nothing worthwhile has ever been achieved . . .

The final step in the 5 pillars to GPLP is manifestation. Here is . . .